Press release, SDFI, third quarter of 2010:
Cash flow from the Norwegian government’s own oil and gas portfolio indicates a stable development in monetary terms for the first nine months of 2010 compared with the same period last year. The cash flow figure for the year to 30 September was NOK 78.4 billion, compared with NOK 77.5 billion in 2009. However, the overall amount concealed substantial volatility: Oil prices rose by 38 per cent from 2009, gas prices fell by 18 per cent, crude output dropped by 14 per cent and gas production was up 10 per cent. Investment declined by 20 per cent. 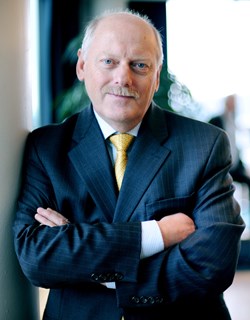 “NOK 78 billion is a very large amount,” says Kjell Pedersen, chief executive of Petoro AS, which manages the State’s Direct Financial Interest (SDFI) in the petroleum sector. “It accordingly seems odd to say that I’m not fully satisfied with the results achieved so far in 2010. “Underlying the figures is a continued sharp decline in oil production from our large mature fields and an investment trend which shows that we’re failing to meet the planned level of activity. “Against that background, I’m not satisfied with the results we’re now presenting from the operation of the government’s oil and gas portfolio.”

The decline in production during the third quarter compared with the same period of last year is largely due to more extensive maintenance turnarounds than usual on a number of fields. Mr Pedersen is less concerned about planned short-term cuts to output. But he says it is worrying that the number of new production wells being drilled on some of the largest oil fields has halved over the past eight years. And other investments and activities are falling behind schedule.

“We’ve seen a decline in oil production from the Norwegian continental shelf (NCS) since 2001,” he points out. “That’s a natural part of field maturation. “But output is falling faster than expected by the operators and their licence partners. The main reason is that we’re not completing enough new wells to compensate for reduced flow from the older producers.”

Together with delays to other activities, this means that overall investment in six important mature fields could be 25 per cent lower than planned for 2010, he notes. “Spending on production drilling for the same fields looks like being more than 30 per cent below the planned level. That’ll also be negative for future output. “We must revise the way we continue developing and operating the major mature fields. Without such change, we not only risk losing possible additional resources but also run a considerable risk of failing to secure reserves we’ve expected to recover.”

Mr Pedersen accepts that it is difficult to win full understanding in the industry and the community at large that not enough is being done on the mature fields, as long as the level of activity in and spending by the petroleum industry remains high.

“My point is that we’re not managing to implement planned investments and measures on fields where such action is critical in terms of timing for recovering all the resources. Investing adequately today lays the basis for higher output and revenues for many years to come. If we wait too long, it’ll be unprofitable to spend on major modifications and conversions. In such a case, major assets will be lost. But it would also be pointless simply to pour in cash. We must be smarter and get a better return on the money we spend.”

See the board’s interim report for the third quarter