Petoro’s principal job is to maximise the value of the State’s Direct Financial Interest (SDFI) in Norway’s petroleum industry. This portfolio embraces a third of the oil and gas reserves on the Norwegian continental shelf (NCS) as well as platforms, pipelines and land-based plants.

Growing on the NCS

Petoro follows up the state’s interests in production licences and other partnerships. The number of licences has increased from 80 when the company was founded in 2001 to 190 in the spring of 2014. Fields in production total 34.

The company is involved in fields and projects in all three provinces on the NCS – the North, Norwegian and Barents Seas. Exploration activity was substantial in 2013, and a promising discovery was made in the Hoop area of the Barents Sea where Petoro is a licensee. Agreement was reached with Iceland in January 2014 on an interest in a third licence on the Icelandic continental shelf.

Mature fields have been retained as a main priority in the revised strategy. Together with the other partners in the Snorre licence, Petoro reached a choice of concept in 2013 for further development of this field up to 2040 on the basis of a new platform.

Investment in 2013 set a new record. Activity increased as a result of several new drilling rigs, a larger number of wells and big development projects, but also because costs are rising. Petoro has worked to boost the pace of production drilling from mature fields. More wells are the most important way to maximise the value of these producers within their commercial lifetime.

Role as a licensee

The company was founded on 9 May 2001, after the partial privatisation of Statoil made it necessary to find a new arrangement for the commercial management of the SDFI. The company works on the basis of a mandate from the Storting (parliament), which requires it to manage the state’s oil and gas in a commercial manner and to maximise its economic value.

Since its creation, Petoro has transferred a net cash flow averaging just over NOK 100 billion annually to the Norwegian government. Totalling NOK 1 400 billion, this cash flow represents one of three principal sources of revenue for building up the government pension fund – global, colloquially known as the oil fund. 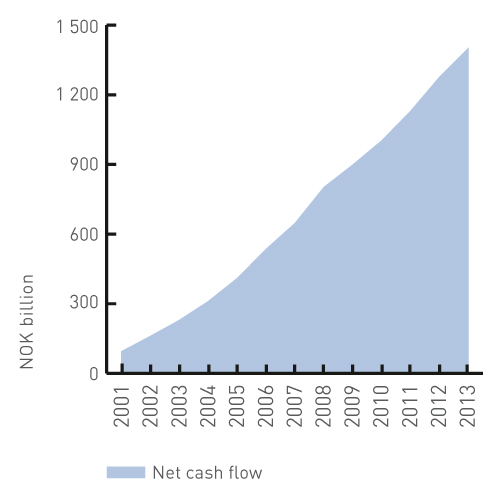 Petoro has about 70 staff at its Stavanger office. The combination of a big portfolio and a small organisation gives employees big opportunities for professional development through their encounters with other oil companies, both directly and in licences and other joint ventures. Petoro works closely with Statoil as the operator for a very large proportion of the company’s output, but also with the international oil companies and other players on the NCS, with government agencies, with suppliers and with other external centres of expertise. 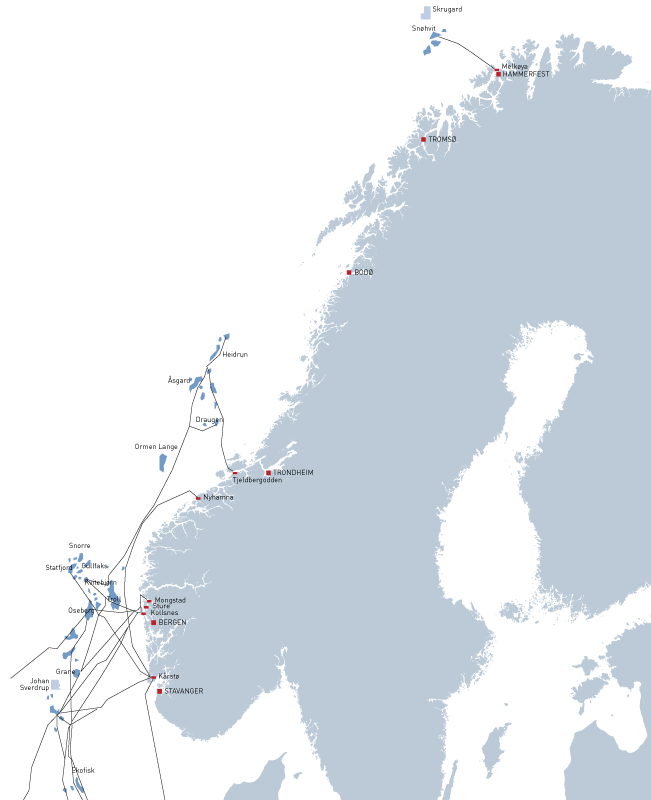 PRINCIPAL OBJECTIVE:
to create the highest possible financial value from the state’s oil and gas portfolio on the basis of sound business principles.

VISION:
A driving force on the Norwegian continental shelf.

KEY DUTIES:
Management of the government’s holdings in the partnerships.

Monitoring Statoil’s sale of the petroleum produced from the SDFI, as specified in the sales and marketing instruction.

Financial management, including accounting, for the SDFI.