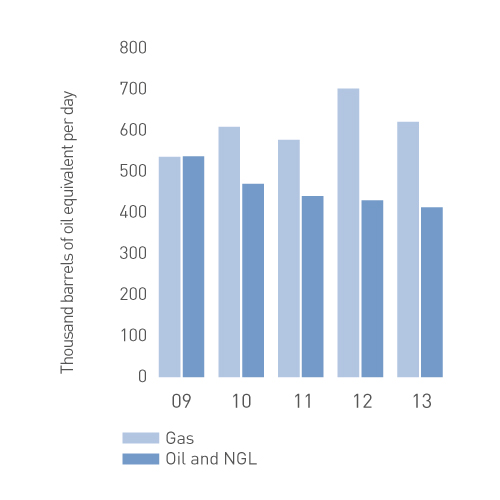 Total production from the SDFI portfolio was nine per cent lower than in 2012. The output of liquids (oil, NGL and condensate) declined by four per cent compared with the year before, while gas production was down by 12 per cent. 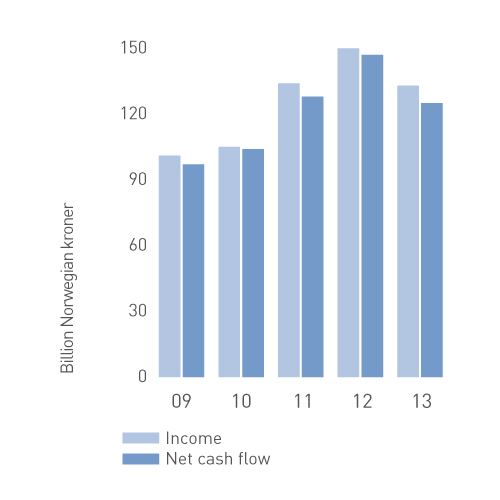 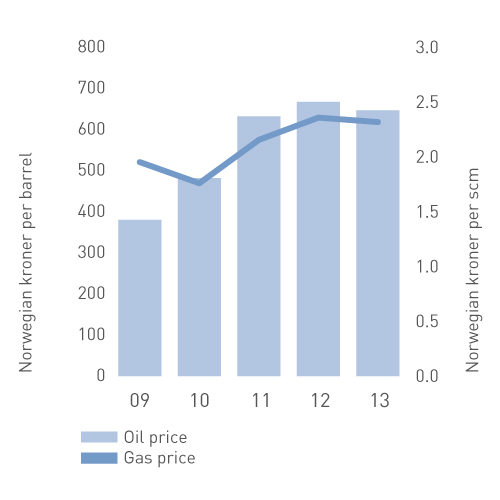 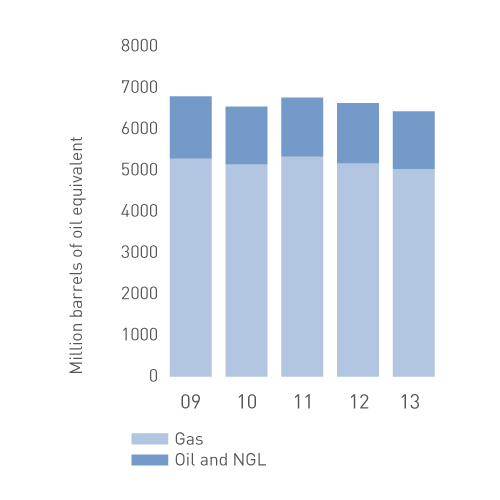 The portfolio’s estimated remaining reserves totalled 6 423 million boe at 31 December, down 200 million boe from the year before. Production in 2013 came to 377 million boe, but was partly offset by the decision to deposit carbon dioxide in Snøhvit, the improved recovery project on Åsgard and the Delta 2 fast-track project on Oseberg. 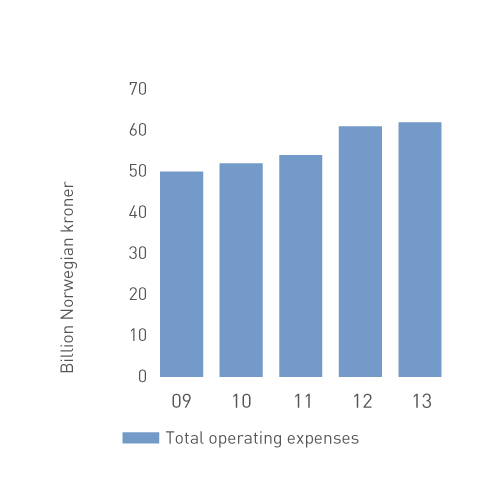 Total operating expenses were roughly on a par with 2012. The cost of operating fields, pipelines and land-based plants was up by 11 per cent from the year before. This rise reflected increased environmental taxes and reclassification of tax expense for gas operations related to Statoil Natural Gas LLC (SNG). The increase was offset by the lower cost of gas for onward sale. 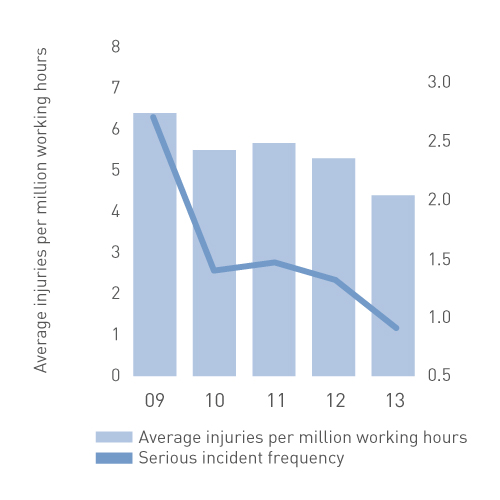 Petoro’s main parameter for monitoring HSE developments in the SDFI portfolio is the serious incident frequency (SIF), which measures the number of such events per million working hours. This figure for 2013 was 0.9, an improvement on the year before. The number of personal injuries per million working hours came to 4.4, an improvement of almost 20 per cent.