[Stavanger May 10, 2010: Press release from Petoro on SDFI first quarter 2010]
Overall production by the State’s Direct Financial Interest (SDFI) on the Norwegian continental shelf (NCS) remains strong. But a substantial fall in gas prices and reduced oil output cut income after financial items for the first quarter of 2010. This figure fell to NOK 28.4 billion compared with NOK 31.2 billion for the same period of last year. Net cash flow to the government was NOK 30.1 billion, down NOK 3.1 billion from the first quarter of 2009. An important activity in the first quarter was a discussion with Statoil on the development solution for Valemon, where Petoro has since secured acceptance for a production start in 2014. 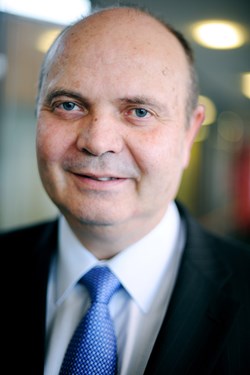 Total oil and gas production for the first quarter averaged 1 279 thousand barrels of oil equivalent per day (kboe/d), compared with 1 295 for the same period of 2009. Gas production was 10 per cent higher than in the first quarter of last year. The most important reason for this change was increased offtake under sales contracts and higher production from Ormen Lange. Output of oil and natural gas liquids (NGL) fell by 14 per cent, primarily as a result of declining production from mature fields in the SDFI portfolio. Increased output from Ormen Lange and Kvitebjørn offset the overall production fall.

The gas market will probably remain volatile in the short term, says Laurits Haga, vice president for marketing and sales at Petoro. “If we look more closely at the fundamental factors driving development in the European gas market, however, demand for gas is set to rise and the market balance to strengthen.”

He believes that such a development is probable despite a big expected expansion in US shale gas production. This view primarily reflects a strong increase in Asian demand for gas – including liquefied natural gas (LNG) carried by ships. Demand for gas in Europe will grow at the same time as its own production – with the exception of Norwegian output – is likely to decline. That creates good export opportunities for gas from Norway, Mr Haga notes, since these deliveries are competitive in the European market. 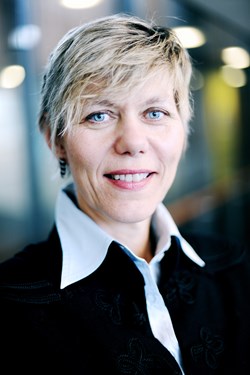 On the oil side, Marion Svihus, Petoro’s chief financial officer, says it is important to recognise that the big mature fields are in decline. An output reduction of 14 per cent from the first quarter of 2009 is substantial. “That underlines the need for a revitalisation of the NCS, and not least for the big mature fields,” Ms Svihus observes. “We must invest while the oil fields still have sufficient production and revenues to justify drilling more wells and taking other measures to improve recovery.” She is otherwise very satisfied with the agreement between the Valemon partners to bring forward the development of this field.